We Are Code For Fort Lauderdale

Stop By Our Meetups

Come To Our Meetups

An open conversation online about what we're doing now and what's next.

Code for America is the organization that helped inspire many of us that we can change our City.

Works In Progress.
Some Of Our 2015 Projects.

Want To Help Your City? Good, we could use your help.

We are a Code for America Brigade, which means we're volunteers that contribute our talents toward improving the way our local governments and community organizations use the web. Brigade is about action and you're here because you are someone who takes action. See what kind of things brigades do, or watch the inspirational TED talk given by Jennifer Pahlka, the founder of Code for America.

We Meet Often. Come Join Us.

Check out our Meetup and Facebook to learn more about events and projects.

We Discuss Things Online. Join and Introduce Yourself.

Can't make it to a meetup? No problem. We collaborate on projects, ask for help, and post wins to our Code for Fort Lauderdale Slack Channel where you can get new posts in email and reply. We welcome anyone to e-mail CodeForFTL at gmail.com to join our slack channel... you might just see something you're interested in helping with.

Our email address is (CodeForFTL at gmail.com) and we want to hear from you!

To create a more open and transparent Fort Lauderdale that caters to its citizens and visitors.

Rob works at the intersection of technology, civic engagement, and open government. Find him at the beach surfing waves while not binging on House of Cards.

Quyen is a software developer and tester. He is surrounded by the Internet of Things during the day and does web development at night. If it can be put on a map, then Quyen puts it on the map! 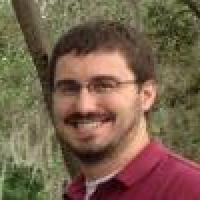 Ryan develops websites using the C#/.NET stack during the day, while filling his nights and weekends with civic hacking. He contributed the city of Fort Lauderdale to Click that 'hood and created a budget visualization using d3.js. Ryan looks forward to meeting others interested and working to make Fort Lauderdale more open and transparent.

Built and Maintained by Code for Fort Lauderdale. Site Design Based on Bootstrap, Some Images Provided by The Noun Project and Aerostylaz.